Following on from the initial Cone Weaving Investigations (see post) on day one of the the Ruthin Studio Trials, Ricardo and I were still engrossed by the various activities from the two days, and on a mission to make meaningful progress on drawing the geometric woven cone. It’s great how a problem starts to make sense the more you puzzle over it, and how it occupies your mind when you should be doing something else.

We had both been working independently, tackling the problem in different ways, but then merged together; discussing and drawing, testing out, redrawing, puzzling. What we were puzzling over, was how to draw a curve that would result in the weaving of an almost square plait. My original experiments with sugar and tracing paper had resulted in plaited cones with some success, but the shape of the ‘squares’ were elongated and the edges curved, rather than tending towards being straight. There seemed to be a number of factors involved; the radius of the curve and the centre point for the drawing the arc.

We spent some time discussing how we could go about drawing the curves we wanted. There were some key questions that we wanted to resolve, but the nature of the studio trials meant that we could not spend a concentrated amount of time working together at the trials as we had a programme to work through. Another issue we encountered were the limitations of the equipment and materials. Between us we had a couple of basic compasses, rulers, a protractor and some sticky tape. There was also the additional complication of accuracy. When drawing with a pencil and a protractor, the pencil wears and therefore the curve is not exactly where it should be. When a pencil line becomes thicker, where do you cut? On the edge of the line, or through the centre? It became clear to me whilst making the tracing paper cones that they were not as perfect as I would have liked. A slight misalignment of the cut curves made for a puckered or bulging cone. Also the paper quality, ie thickness and bite, made a big difference too.

Through trial and error we were able to reduce the curvature or the drawn lines for cutting, and use geometric constructions to draw a small section of the cone. Enough that we could make sense of the process of what we needed to do next to fully understand the process of drawing the curves.

Ricardo said these issues would be easy to resolve by using a geometric program to input the parameters. I had mixed feelings about this, as I am a maker at heart….I know it IS the most sensible and time efficient solution to the problem, but it sort of takes all the fun out of it. I’m not sure if I had worked the problem through without physically drawing, cutting and sticking that I would have understood how and why the curves had to be where they were. The initial templates that Stephanie showed us from the book, The Art of Paper Weaving, (Schepper and Schepper), were certainly the starting point, but I feel that I learnt so much about the transition of the flat curve to a three dimensional curve, or spiral, by the act of drawing and making. In fact I have really come to value the act of drawing as much as the act of making. Drawing is not the same as seeing, just as weaving is not the same as looking. 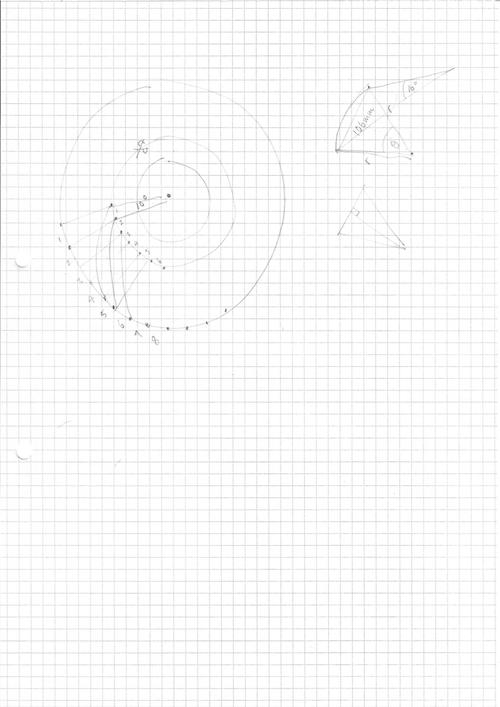 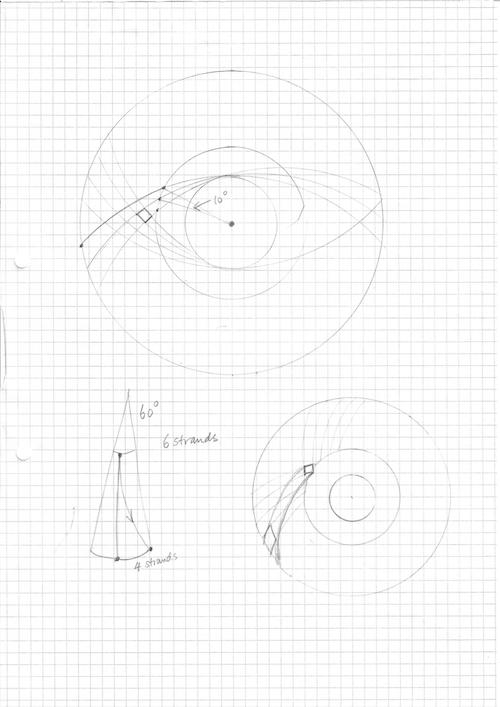 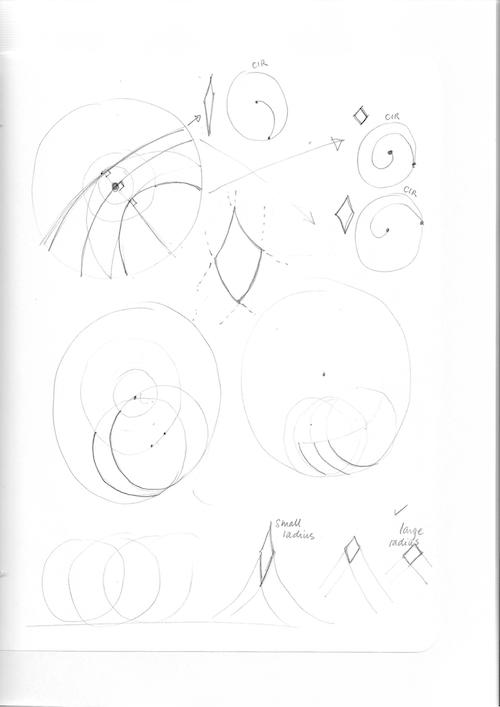